I’m on another rewatch of Parks and Recreation, only this time its with my best friend.

We’ve recently hit the midway point of season six, and its made me realize that much like that season, a lot of changes happen in our lives. Many we can’t control, but others we merely have to ride out and figure out what’s next.

I’m at a time in my life where people are getting engaged, married, divorced, or having children, or moving cities, states or entire countries. Its a strange point to be at when you’re two years from your ten year high school reunion.

But more so, that life changes. And I know this sounds cliche, but it does change and it happens so fast.

Everyone goes about their life trying to figure it out, and I don’t think its easy to determine what happens with all the time spent looking for what your life is about.

On January 1st everyone makes resolutions to start new, and make healthier choices, blah blah blah. Some are successful with their goal, and others are a little short of what they wanted, but they still achieved something. Others, may not know where to start when they look at the end product and get anxious over the many steps it may take to get there.

I’m not writing this post to make grand goals about what I want to do with my life, or what I want to have happen in the next year. Some of those are attainable – like reading more books or eating healthier – and others will require more thought (like keeping a tighter reign on my spending habits).

What I do want to do, is use this post as a reminder of what I should focus on this year based on my multiple binges of Parks and Recreation, and a very thoughtful Tumblr post.

So my goal this year is:
Work as hard as Leslie.
Be as kind as Ann.
Grow as much as April.
Be as honest as Ron.
Have as much fun as Andy.
Be as selfless as Gary.
Love yourself as much as Donna.
Be as optimistic as Chris.
Aim as high as Tom.
Be as devoted as Ben.

Goals are far more achievable when you do them with others. You learn from the people around you. They can inspire you, or be the voice of reason.

Even when they’re fictional. 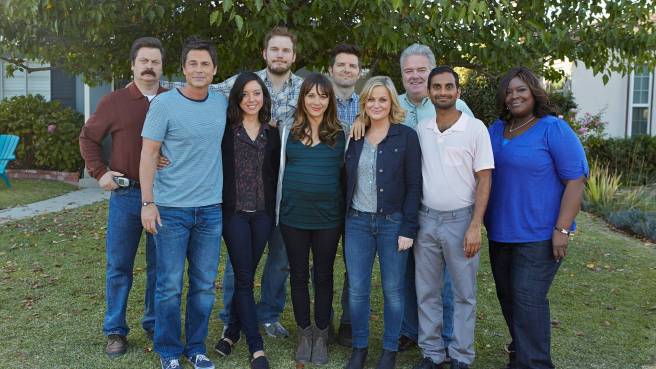 Topics I write about: